You are here: Home » News » Info Articles » Buying Pygmy Marmoset for Sale: Have the Right Papers and Amenities

Buying Pygmy Marmoset for Sale: Have the Right Papers and Amenities

Posted at July 3, 2014 » By : admin » Categories : Info Articles » Comments Off on Buying Pygmy Marmoset for Sale: Have the Right Papers and Amenities

If you’re a fan of Justin Bieber, you probably know about his former pet monkey, Mally. The capuchin monkey made headlines around the second half of 2013 after German authorities confiscated him due to lack of legal documents. Sadly, Bieber never came back for his pet, which has begun its new life in Serengeti Park in Hodenhagen.

For Bieber, however, the issue won’t die easily. To date, he still owes German authorities £6,850 ($11.717.68) for the transfer process, among other costs. No report of the payment has been released since NME’s report was published on November 2013. The German Federal Agency for Nature Conservation may require him to pay up if he returns to Germany. 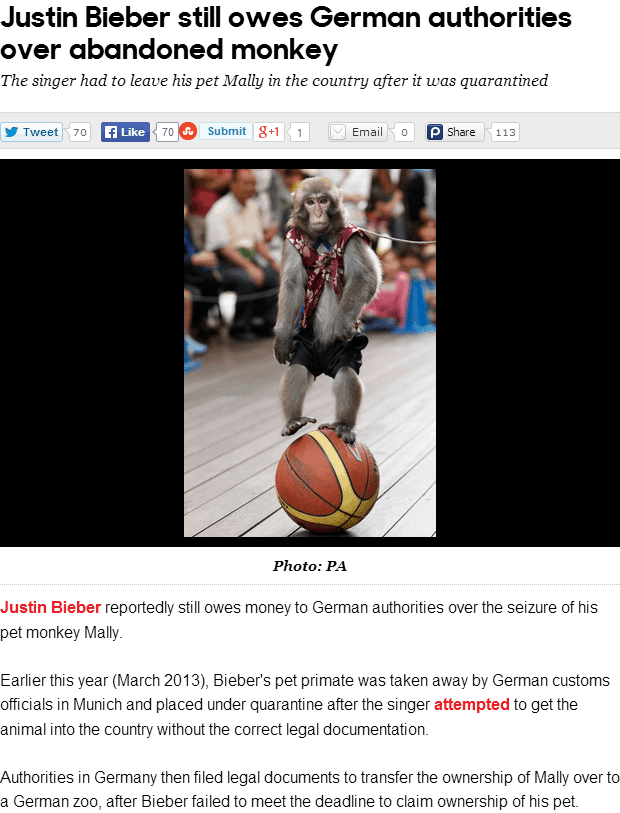 Monkeys generally thrive in woodlands, savannahs, and mountains; but they can be domesticated, just like Mally. However, there are challenges in keeping monkeys as pets, even more if you keep the smaller pygmy marmoset for sale as one.

Most states either have no laws or have completely banned ownership of primates. Florida is one of a few states with an intricate permit system where marmosets fall under Class III wildlife. Your county of residence won’t matter; the Florida Fish and Wildlife Commission (FWC) is the sole regulator of exotic animals throughout the state.

To apply for a Class III permit, you must be at least 16 years old and have the necessary papers, like a husbandry form and disaster plan form. Your home must also cater to the needs of Class II wildlife, which includes allocating enough land, erecting a perimeter fence, and creating a 35-foot buffer zone.

There’s also a good chance that you won’t be taking care of a marmoset alone. Some experts say marmosets must not be kept as pets, otherwise, they warrant professional support. Many experts, like Poggi’s Animal House, provide continuous support long after a marmoset or small finger monkey for sale has been bought.

Due to their miniature size, it’s important to make sure they don’t scurry off into the open. Once you lose them, it may prove to be especially difficult to get them back.